Current Local Businesses In The Warehouse

Plyler Supply is a Winston Salem based company established in 1991. Our primary focus was to supply vinyl siding and windows to contractors in the Winston Salem and surrounding areas. Over the next two decades we have grown throughout the Piedmont Triad and extended business throughout North Carolina, South Carolina, Tennessee, Virginia, and Maryland.

Our business has since grown beyond vinyl siding and windows. We now specialize in a wide range of maintenance-free products. After years of developing our exterior expertise, we have grown and have added an emphasis on the interior. We are now stocking a line of kitchen cabinets, vanities, counter tops, and offer turn-key solutions for your next kitchen project. Plyler Supply provides kitchen cabinets and countertops to Winston-Salem, Greensboro, High Point, Durham, Raleigh, NC and Danville, VA as well as the surrounding areas. 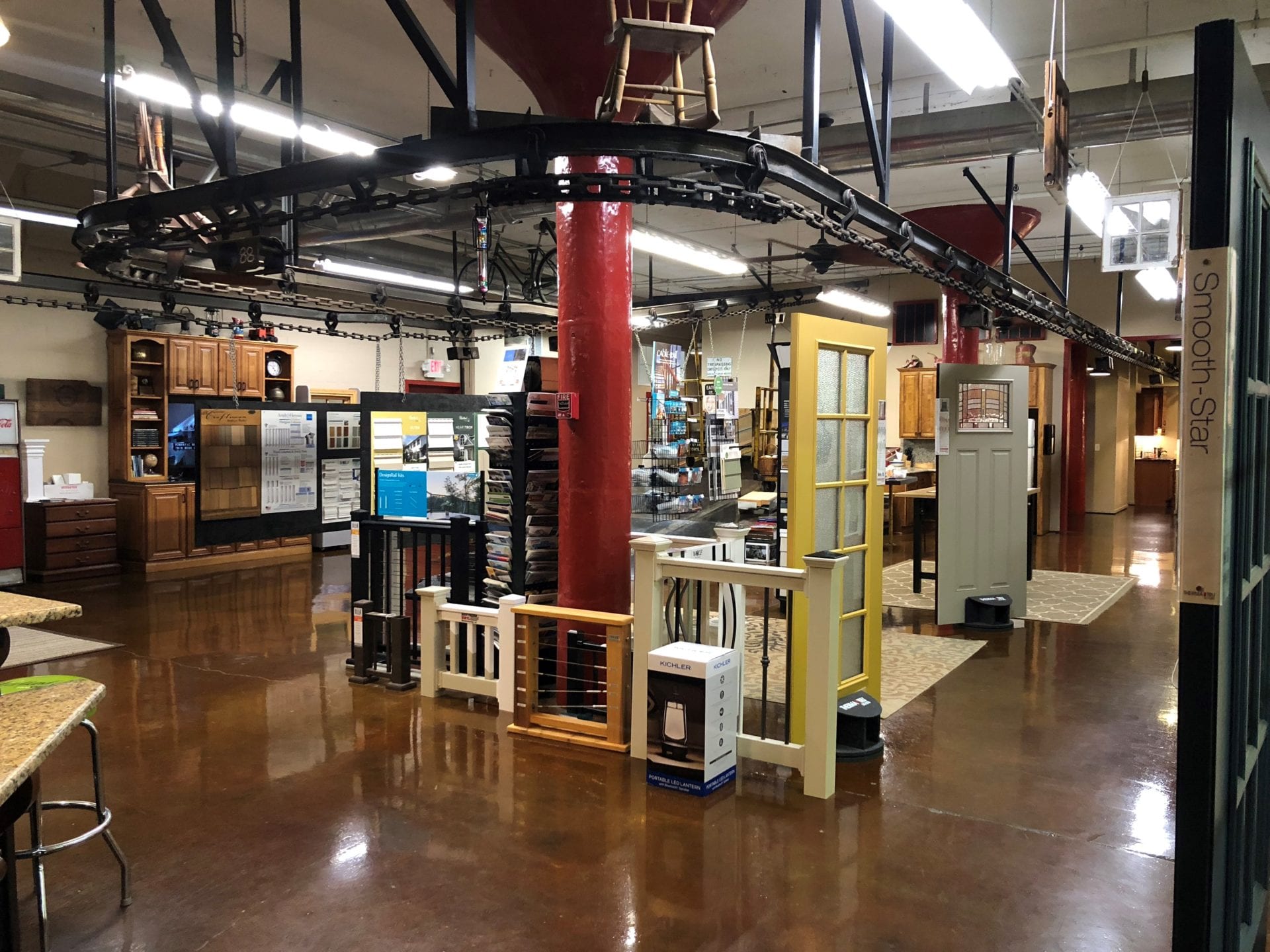 Camel City Cabinetry was founded in 2009 and is located in the historic Thomasville Furniture building near downtown Winston-Salem, NC.

We are a division of Plyler Supply Company, an exterior building supply distributor who has more than 23 years of experience working with clients in the Piedmont Triad area of North Carolina. 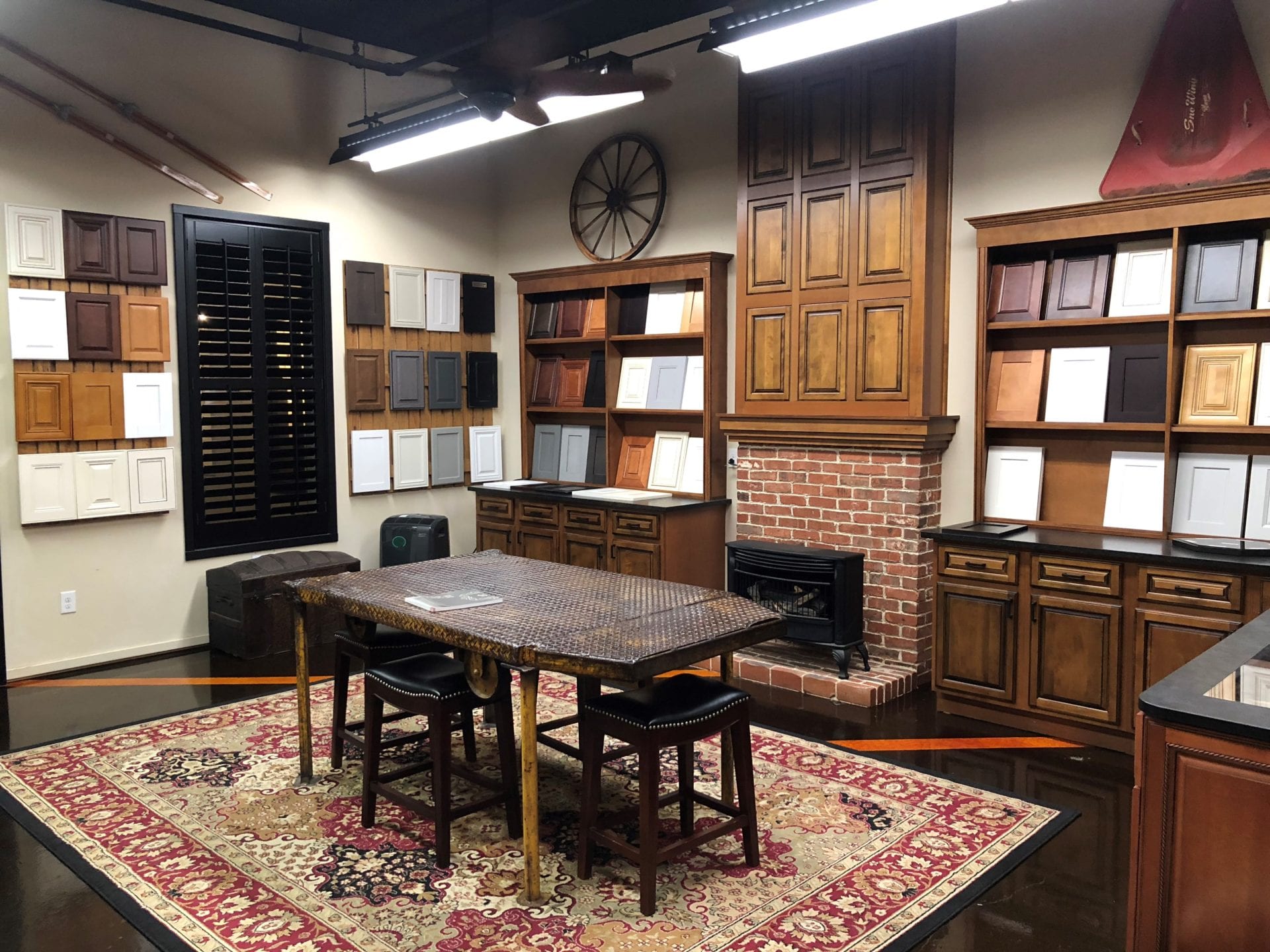 Camel City Cabinetry is dedicated to the finest design and installation of the highest quality kitchens for both commercial and residential clients. We offer more than 40 unique cabinet colors to choose from.

We takes great pride in our work and we enjoy personally meeting all of our clients, working closely with them to design and produce cabinetry to perfectly fit their vision.

Visit our showroom – it is unlike any other in the area. Thomasville Furniture Company built the highest quality furniture here for more than 50 years and we are excited to continue that tradition of craftsmanship

The Lighting Loft is the leading Triad lighting dealer that offers a wide selection of exterior lighting, interior lighting and stylish ceiling fans. Our professional lighting sales team is very knowledgeable in all of our product lines and can help you with design options and making that perfect fixture selection. We know making the right selection is very important because this accessory is what beautifully accents your home and sets the mood for each individual room. We are conveniently located in downtown Winston Salem so if you are building a new construction home or simply doing a remodeling project, contact our Professional Lighting Specialist to set up an appointment  to view our beautiful showroom of light fixtures and ceiling fans. Below are links to the different manufactures we offer. Feel free to click on one and browse around the many selections we offer. 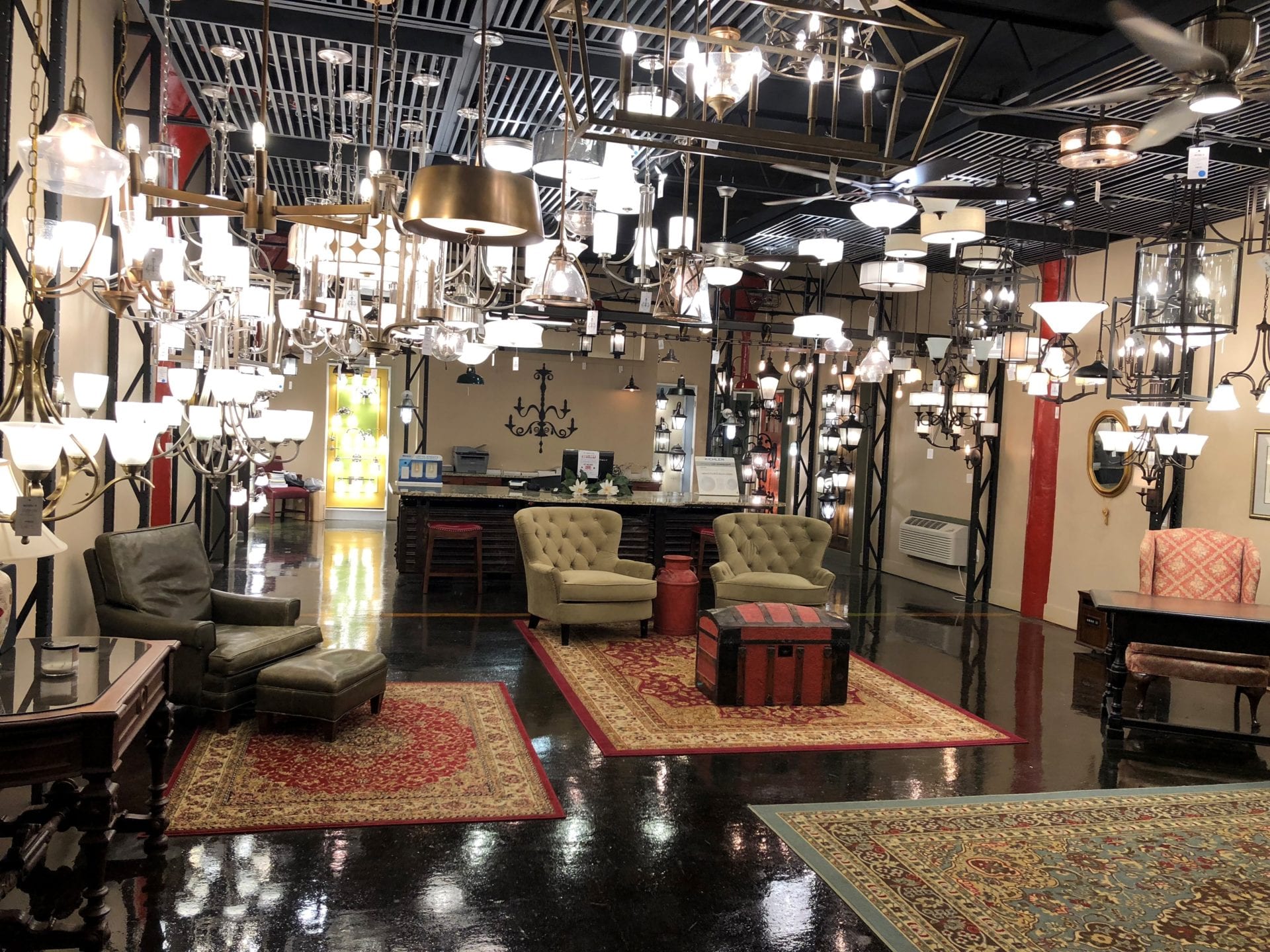 By using mostly domestic woods, innovative design and traditional methods, I can offer great sounding guitars of many types, harp guitars, the entire mandolin family and even upright basses at prices that are twenty percent of price of the Boutique  Instruments. Guitars and Mandolin Family instruments start at $300.00, Harp Guitars at $600.00, and Uprights at $1,200.00

I have been making guitars and other instruments since 1973, when I apprenticed to David A. Sturgill of Piney Creek, North Carolina. There I studied alongside  Wayne C. Henderson, Kyle Creed, and Albert Hash, in an intensive experience that included full immersion in Appalachian Culture and Music.

After leaving Sturgill in 1977, i moved to Middle Tennessee, and opened my first shop, experimenting with design and use of domestic woods.

I worked for nearly two years for Ovation Instruments where I studied guitar physics with James A. Ricard, their Chief engineer and Seth Hedu a second generation Jazz guitar maker.

Returning to Tennessee, i finalized some designs, then moved to Winston Salem NC, where i continued to work in the Furniture Industry and make guitars until 2001 when i opened Wishbass.com to make Fretless Electric Basses for sale.

Wishbass has achieved a worldwide reputation for honest worth and great tone.

I also continue to make guitars, mandolins and basses for the working musician 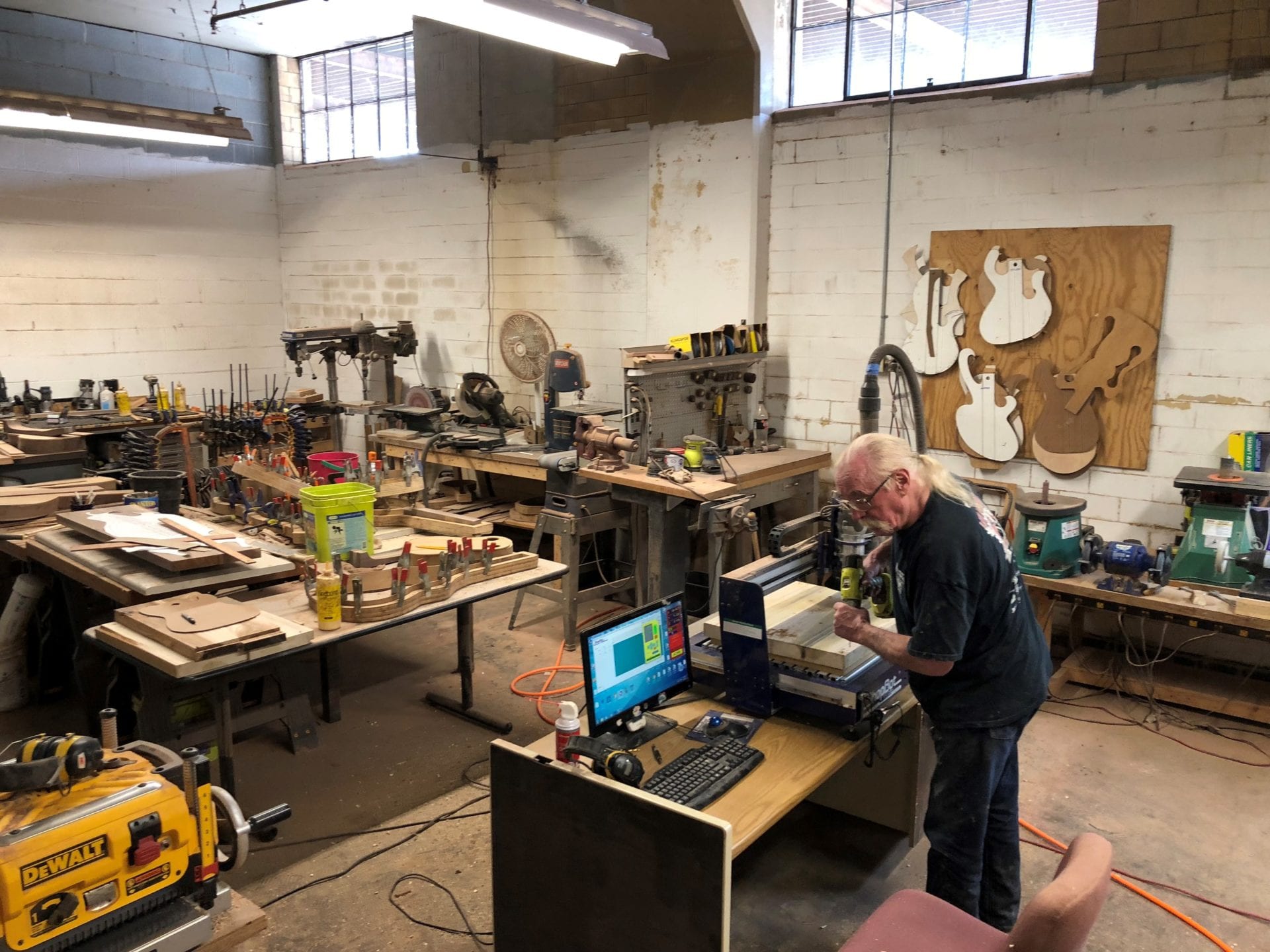 People have gathered together over food and drink since our beginnings. It’s part of who we are. We’re meant for community, for sharing life with each other. And so we hope our teas might be more than enjoyed, but that they would also be opportunities for sharing, for community. 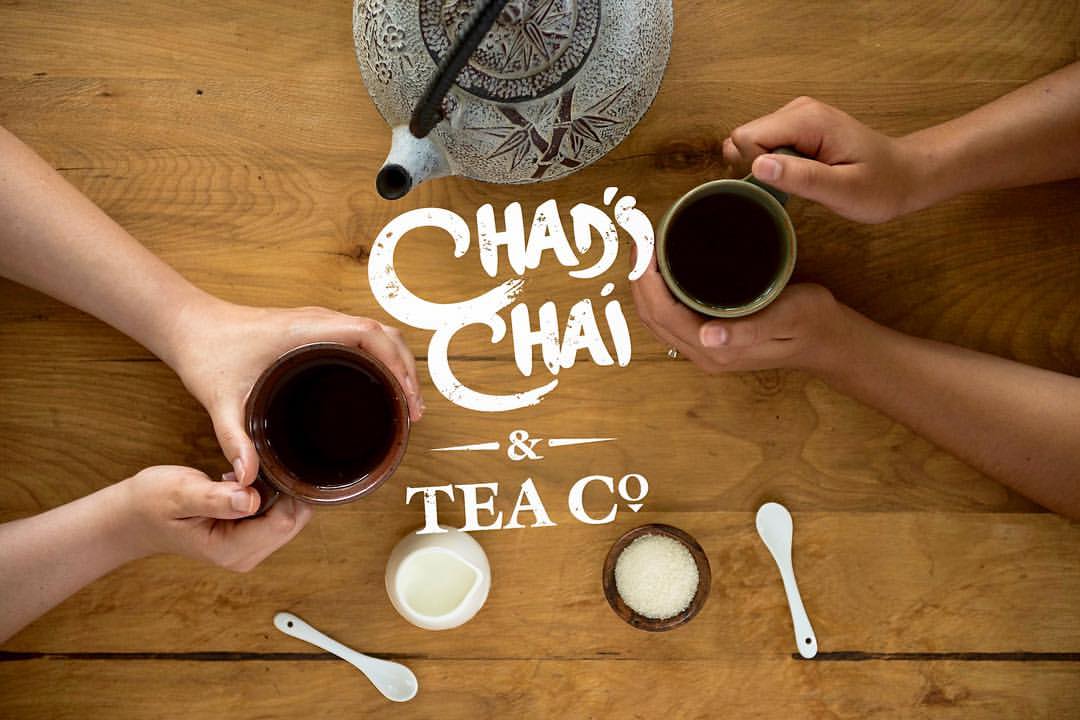 Years back, Chad was introduced to Indian style chai through some neighbors, who would have a monthly chai party and invite all their friends.  A large pot sat steaming on the stove, filling the whole house with amazing spice aroma as they played music, games, and hung out. To Chad, it was magical.  He began to try his own hand at blending Indian spices with tea and milk, and started making pots of it for gatherings of friends. Not long after that, Chad began having a weekly chai-on-the-porch time with his friend "Zoo" (which has continued almost every Friday for over 10 years.)  Zoo was getting married, and asked Chad to make a pot of chai for the wedding, and also to make little tea-bags as party favors.  At that point, they decided to start selling it.

Sometime in the next few months, Zoo and Chad were playing a game of poker, and a man began speaking of opening an Irish restaurant, and wanting to carry good tea.  Everyone pointed down the table at Chad.  That night, he asked Chad to be his "Tea Man," and the restaurant would become Finnigan's Wake Irish Pub and Kitchen in downtown Winston-Salem, the 1st business to start serving Chad's tea. Now, Chad's Chai is served in over 50 coffee shops and restaurants and continues to bring friends together in magical ways.

About BeersNGears
Group Ride - Winston-Salem, NCBeersNGears is a cycling advocacy organization which wants more people to ride bikes. We have been blogging about all things bike and beer for several years, and now we want to be more involved in our local community — the foothills of North Carolina.

BeersNGears provides people with the tools and resources necessary to empower them to ride. From educating cyclists on basic bike maintenance and riding best practices, to working with local municipalities to introduce and enforce legislation, advocating for more bike infrastructure, and partnering with local businesses to promote bike-friendly features for customers and employees.

We’re cultivating culture by putting on the best bicycle events Winston-Salem has ever seen, connecting business owners and local leaders with their communities, supporting innovators, artists and other local talent and encouraging individuals to discover and engage within their community, all while living our passion — riding bikes.

What’s beer got to do, got to do with it?
Beer breaks down an illusion, that to be an adult and ride bikes means that you need to wear spandex and train for some kind of race, or be in a perpetual fundraising mode to participate in cycling events. These kinds of misconceptions can keep people from exploring cycling as an adult. We’re here to help people discover that anyone can get on a bike and ride; even if its is just for dinner and drinks with friends! 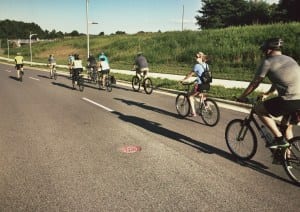 About the Founder
Jake Easter learned his love for bikes when his Dad took him to the BMX track for the first time at the ripe old age of 13. It was love at first sight and this love for BMX grew into a love of dirt jumping and freestyle. He was lucky to have been around a lot of greats when learning to ride. From Dave Mirra to Ryan Nyquist and even the original Matt Hoffman. At some point he decided he needed to do something to be in better shape, to be better at freestyle and dirt jumping, of course. Enter Mountain Biking. Using mountain biking as a training tool led to racing and racing led to a need to ride road bikes. So he could ride his mountain bike further and faster; to be better at freestyle and dirt jumping, of course. Fast forward 12-or-so years and he doesn’t ride freestyle any more, but still claims to ride road bikes so that he can ride mountain bikes further and faster as well as developed a love for the utility a bicycle can provide.

When he started working, it only made sense to work at a bike shop. He has done everything from take out trash to management. He did spend most of his time as a mechanic though. Jake’s Mom did always say he had a high mechanical aptitude. Whatever that means.

His personal stable consists of a ’08 Gary Fisher Ferrous and a ’97 Bianchi Eros.

Trolley Pub is a BYOB, pedal-powered, pub-crawling trolley for up to 14 people at time. We offer two hour tours, private parties or by the seat.

Trolley Pub tours are the best way to celebrate in Winston-Salem. The Trolley Pub lets you experience the city in the open air, enjoy your favorite beverage and has room to fit all your friends, family, and colleagues! Our trolleys can accommodate groups of up to 54. Rent out the whole Trolley Pub or join a mixer tour if you have a smaller group. All tours are two hours long, and you can pack your own cooler with beer and wine (3 beverages per passenger). 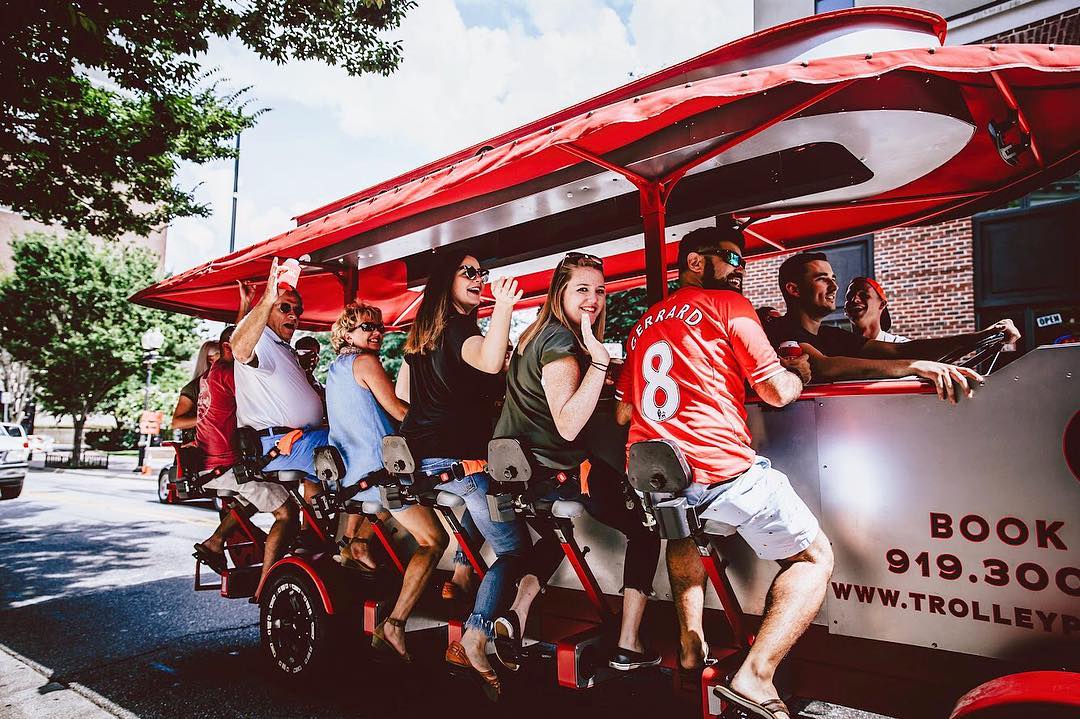 Carolina Fence is a locally owned, and operated fence-building company that has a long history of building beautiful fences for homes, and businesses in the Winston-Salem area